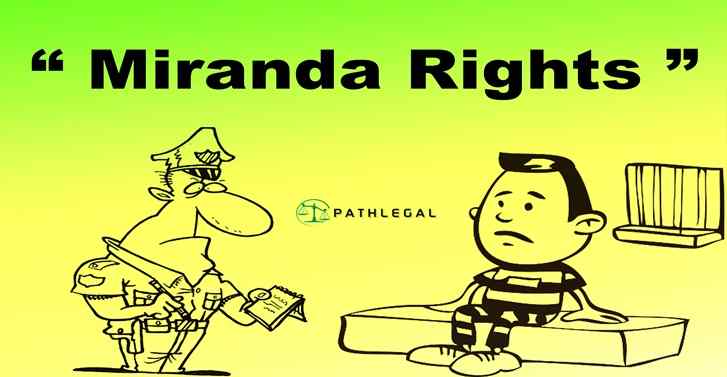 Statements made by police informing a suspect when taken in custody about the rights given in the constitution which is possessed by him or her previous to being questioned such as :

Miranda rights came to be called so or emerged with the case of Ernesto Arturo Miranda :

Ernesto Arturo Miranda was arrested for stealing a specific amount of money from a worker of an Arizona Bank and on being questioned, he gave his confession on robbery, kidnapping, and rape. He was unaware of the right to be silent or consult a lawyer and instead confessed everything straight away. Finding him guilty, he was convicted and was appealed to the United States Supreme Court. The Justices ruled that statements made by him could be used as evidence against himself as he was not aware of his Constitutional rights.

After the above decision, it is a requirement to inform the suspect about Miranda warning by police before the suspects are questioned. Though no new rights emerged from this case, it led to the further protection of Fifth and Sixth Amendment rights

Â These four points need to be properly communicated to the suspects.

Right to remain silent âHere, silence is not to be used against the defendant in the court of law. âPre-Mirandaâ silence is when suspects remain silent even when they are unaware of their âMiranda Rightsâ.

Note:- We try our level best to avoid any kind of abusive content posted by users. Kindly report to us if you notice any, [email protected]

Site map       PathLegal, Bahrain lawyers directory listed lawyers and law firms and their supported services from Bahrain. Here is the place where both clients and lawyers from Bahrain & world wide can connect each other in a better way.